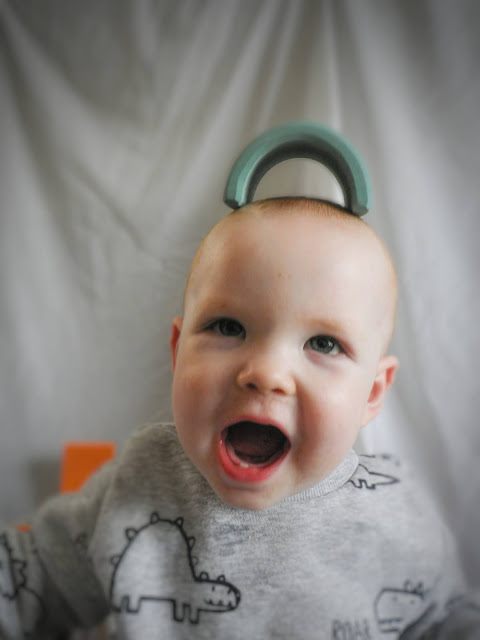 Life's been pretty busy and when it isn't busy we're trying to enjoy our turn together which usually means I don't get much work done at all. So over the last 2 weeks we have been enjoying our days at home and out! 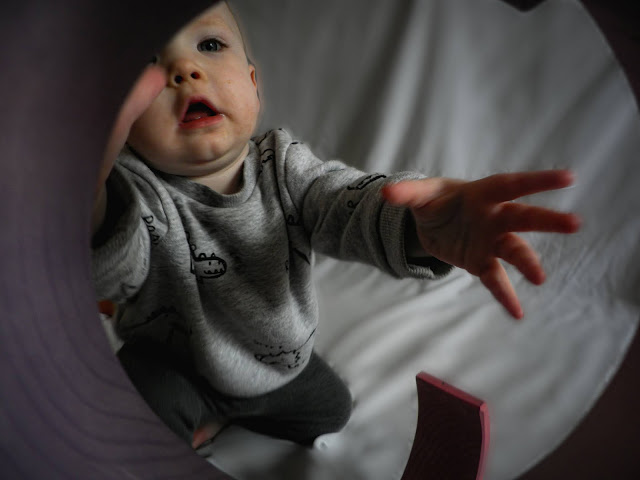 Everyday the children all play in their own ways and recently Avery has really started to enjoy joining in with toys he didn't use to like or be allowed. Now he's having fun exploring all the toys and enjoying every second. 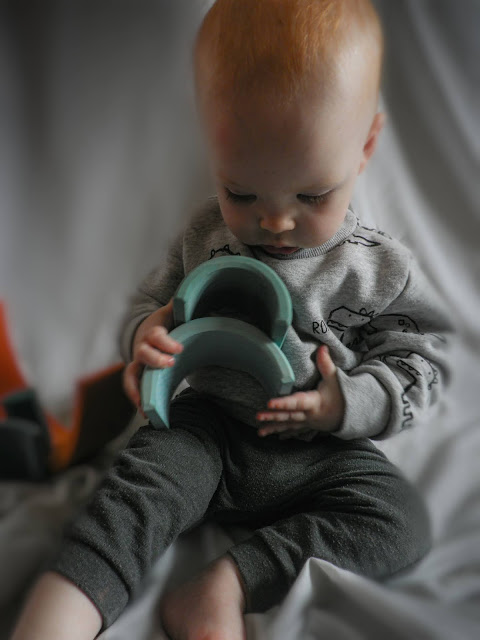 His favourites are definitely our ever growing range of wooden toys, in particular lately he's taken a shine to our Grimm's 12 piece pastel bridges! I couldn't resist this mini photoshoot at home while he played.
Labels:The Ordinary Moments
Email This BlogThis! Share to Twitter Share to Facebook

Learning at home with online classes from TLC Live {Review}

* AD - We have received the lesson service from TLC Live for this review*
*All thoughts and opinions expressed are entirely my own.*
Learning at home during lock down has been really hard for Dylan. Being the only child in our house of school age, his lesson time has been less structured than he normally would expect and he's missed the formality of school during this time. When TLC Live got in touch to see if we would like to try their online tutoring service I was really excited for Dylan.
TLC Live is an online tutoring service that helps parents and schools to provide uniquely personalised online support for children who need or want extra help and lessons. The site pairs children up with a teacher for each lesson that is booked in. They offer lessons on several subjects including Maths, English and Science. Lessons are available right from the beginning of their lesson structured school journey (Primary Two/ Year one) all the way through to their GCSE years. TLC Live makes getting one-to-one based lessons more accessible for every child.

Getting started with TLC Live was much easier than I expected it to be. I went on to the site and followed the directions to book Dylan in for his first lesson, it is a really easy process with a form to fill in asking for basic details about you and you child. You will also need to tell them which year group your child is in. TLC Live use the English system of year groups while here in Northern Ireland our classes start with Primary one and progress up from there. Following the same principle year one in England is our Primary Two. I filled in all our details and decided on a lesson time that would suit us all. I got sent a log in for both myself and another for Dylan to use for his lesson sent through email. In the few days running up to lesson I also received two emails reminding me of the time and the lesson details, which is very handy since you can book several lessons at one time. 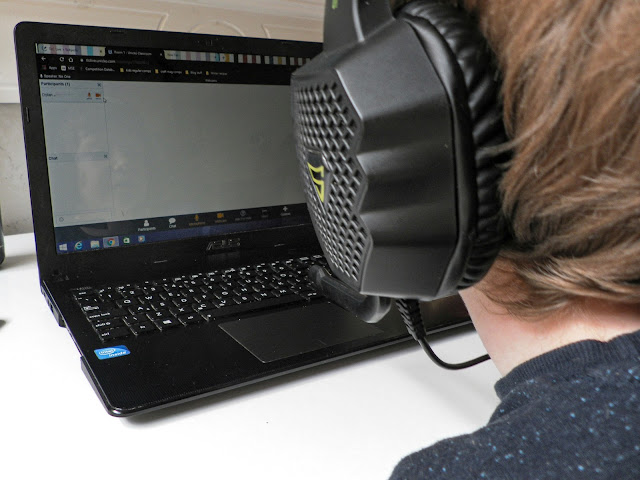 The day of our TLC Live lesson arrived and I was got everything set up for Dylan, it was a really easy process since to use the service you only need:
Once we set up Dylan logged on and joined the session ready for the teacher to join. At the very beginning we had a few hiccups, mainly finding the right buttons to begin the communication between him and his teacher. The volume needed adjusting and we hadn't turned the mic on which together meant neither side could hear the other! After I adjusted the settings and checked we could hear each other he was all set. 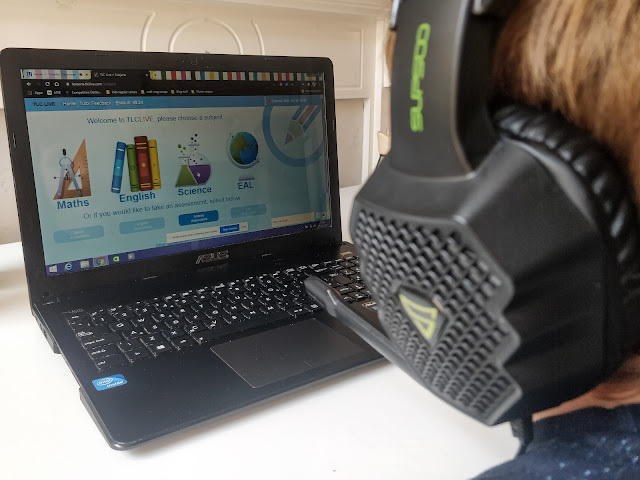 They introduced themselves and got stuck in almost immediately. Dylan got directions on how to set up the initial screen sharing so his teacher could see what was happening on our screen and help with directions during the lesson. The first few minutes Dylan watched the slide show and listened to the teacher explain the TLC Live system and how their lesson was going to go. 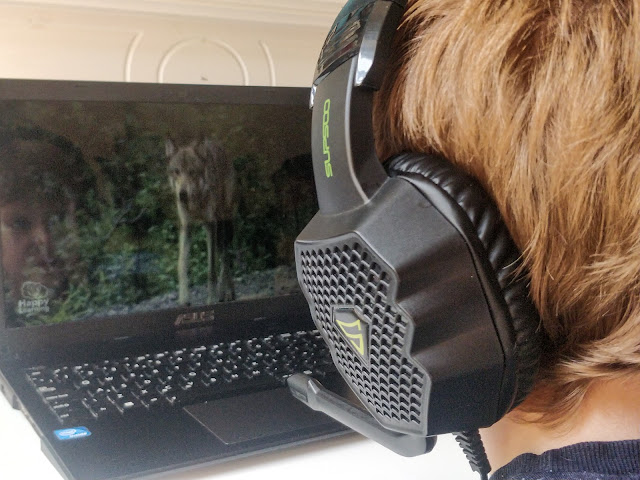 The lesson we went with was science and was based on mammals. Dylan watched a video about various different mammals and learnt some facts. After the video ended they moved onto a questionnaire that combined the facts from the video and a small comprehension sheet. Dylan needed to fill in the answers to each question on screen using they keyboard to type it out. 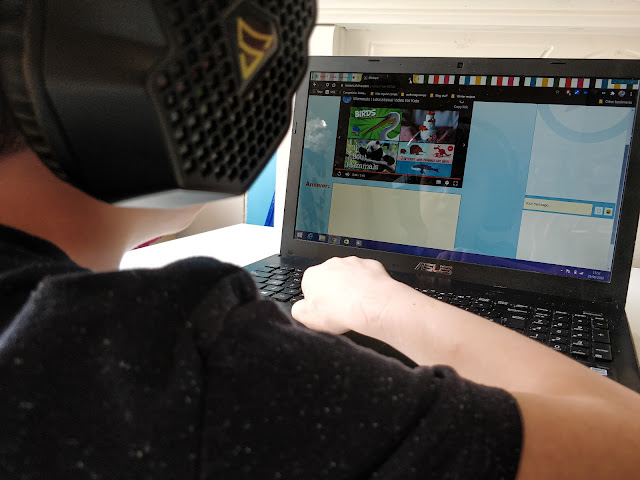 The two worked together with the full use of the TLC Live online learning platform including the chat function which was used throughout the lesson. In the beginning it was used for sharing links which led to the lesson apps or videos Dylan was learning with. When it came to answering it was also used to help Dylan spell more difficult words without him going to and from different web pages. 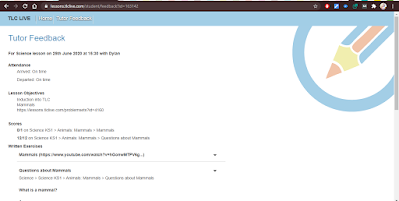 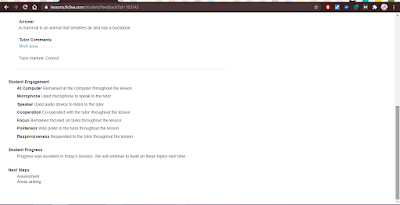 I stayed near by but other than taking some photos for sharing in this post, I was pretty useless since Dylan was getting instructions and direct communication with his teacher through the headset and the chat function. I felt safe leaving him to learn and just popping by to check on him every now and then. At the end of the lesson the teacher left feedback for me to read on how they thought the lesson went and what they covered. It also gave a basic plan of what would be covered in the next lesson. I really love that this is provided and gave me a good insight into the lesson and how it went since I could only hear Dylan's side of the communication unless it was written.
Dylan really enjoyed using the system and having a lesson to learn something entirely new to him was really exciting.The science lesson that was challenging for him and a good way to reignite his love for learning. In fact he has already asked if we can book in for more lessons even though he is officially on his summer holidays from this week! Which I think says it all really.
I highly recommend TLC Live, it has been a fantastic service, I think with everything happening in the world this is a service many families could really benefit from. The lesson prices are £36 per session and you can book several weeks of lessons at once.
Labels:Review
Email This BlogThis! Share to Twitter Share to Facebook
Newer Posts Older Posts Home
Subscribe to: Posts (Atom)