I'm not sure what it is about the magical sticking properties of felt that keep children occupied and amazed for an astonishing amount of time but my children love it! The biggest downside is that you have to get sets and they usually have one specific theme which is fun but after a while they bored. We have 2-3 sets now however recently two of the boards got ruined by water and the other was just snapped, I have no idea how, maybe one of the children turned into Hulk?

Anyway it now leaves one and if you have more than one child you probably know that's a massive no on the sharing front! I did a bit of searching and while I found some tutorials I didn't have everything it needed around, mainly wood, I mean the ones we had before certainly didn't have wood. After a while I gave up searching and just decided to try coming up with something myself and it has actually worked! 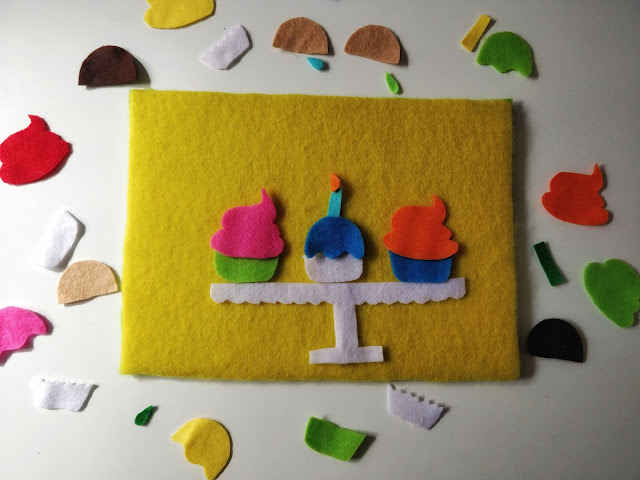 I thought since I searched quite a bit there is a chance others could be too. I actually started this post back in January but with everything going on in the world I wanted to share this tutorial for anyone who's children also enjoy felt boards but don't have any at the minute or would like a new felt set to play with while at home.

So if you want to make yourself some felt boards you will need to arm yourself with: 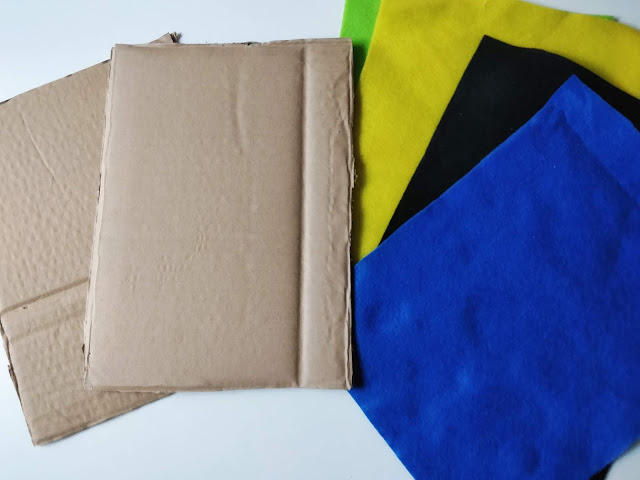 Yes that is really all you need to get started. The first step I took was to take the cardboard along with my A4 felt sheets and draw the same sized rectangle with the ruler and pencil. Don't worry too much about getting the line exactly right. Do this once for each board you want to make. Once you have a shape for your board you need to cut it out but be sure to cut slightly inside the guide line, not by much but you want a little room to attach the felt to each other at the outer edges.

The next step is to attach your felt which I tried in two different ways; 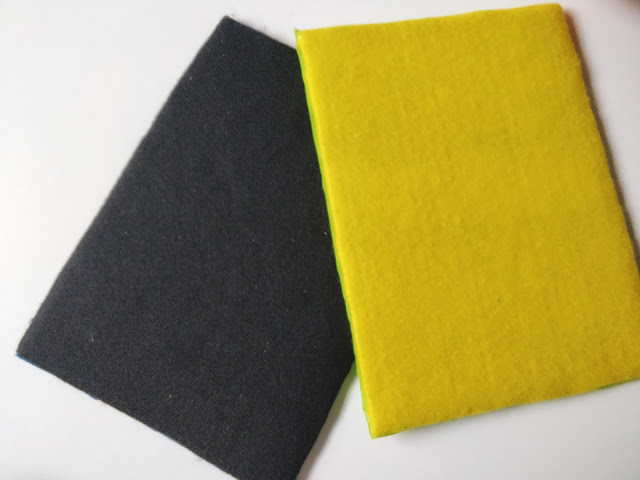 You can attach one sheet and fold over the edges to glue down on the other side and attach the second A4 felt before trimming off the outer edge to the back. I did really like the first side this technique left but the back has a  small dip (the depth of your felt) in the middle which probably doesn't do anything in terms of it being there but it bugged me. Which was why I tried option two.

The second technique to make the board is to have one felt piece laid down with the cardboard on top and the other A4 felt will be glued down directly to the first piece around the edge of the cardboard which will mean the glue and felt pieces will be almost the same depth creating a seamless top and bottom board for placing the felt shapes on to play. When I go to redo this for another board I would use a small bit of glue around each edge of the cardboard before attaching the felt pieces to each other to help the board stay in place as ours is just kept in place with the outer glue edge.


That's pretty much it as far as the felt boards go, you will now need to create the pieces to use for making the scenes and pictures with. I have put together a template that I used to create a cupcake making felt set and I have made it a PDF that you can download and make your own set with.


It's really simple to create the cupcake making felt set, all you need is: 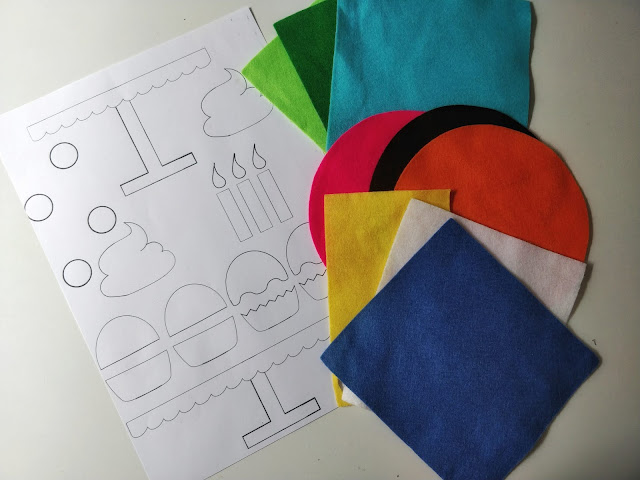 The first step is to cut the Cupcake making template out into the separate pieces. Once you have all the individual pieces together you need to decide what colour you want each piece to be. I went for a selection of colours for most of the pieces like the icing or cake tops to cover the flavours and colours you might find on cupcakes. I mostly used white for the cupcake cases with a few being different colours too. 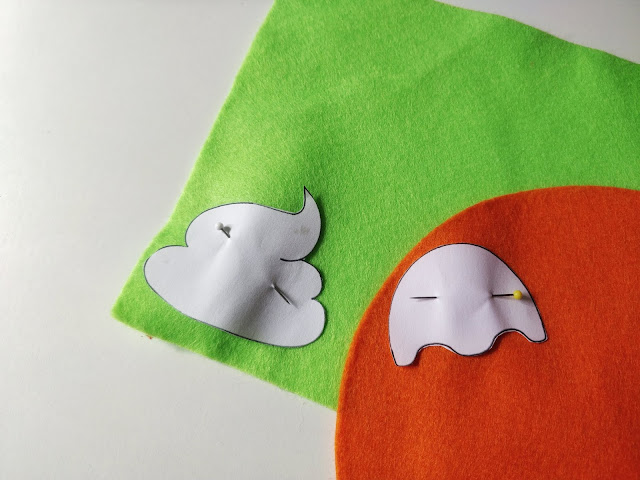 Now that you have decided which colours to use you can place your template pieces on the felt and pin it down, now I did use pins with this project but I usually don't use sewing pins with felt. The number of pieces I needed to cut was the main factor. I cut two of every colour to ensure Dylan and Scarlet had one set each.

The final step is to cut everything out. That's it! You now have a felt board and a felt cupcake making set. It really is just that easy to do.


I have another couple ideas on other sets I want to make and I am working on getting the templates together for those so if you would like to see other templates keep a look out for more in the next weeks and months.